I started drawing Me and Brain on any old bit of paper, any sketchbook, with whatever was to hand.  Although it suited my need to get things on paper as inspiration struck, keeping a record and a sense of continuity throughout the comics became more difficult.  Having scribbled on different papers with different pens, it helped me decide which tools would be the best when I decided to draw Me and Brain comics with more consistency. 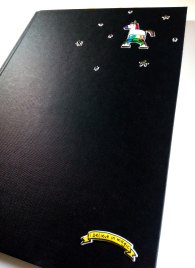 Sketchbook: It’s an A4 book decorated with stickers – sometimes I wonder if it’s the most important ingredient of the Me and Brain process…  The paper is pretty middle-weight, about the 120gsm mark, smooth, and not too absorbent as I found that some papers would make the ink bleed, ruining any crisp lines I had intended.

Pen: I discovered I’m relatively uninitiated when it comes to pens.  I usually prefer to work with dip pen and ink – however that would not work for the flow of ideas.  Me and Brain focus on stream of consciousness content rather than technical ability.  The fineliner pen allowed me to put down lines immediately without having to sketch first.  It also has the immediate, slightly more finished look which I felt that pencil didn’t.

Pencil:  I do however use pencil for Brain.  Using different tools means that I can give Brain some texture without obscuring the face.  The pencil is a mechanical pencil with soft 0.7 lead which has lived in my pencil case since the beginning of time. 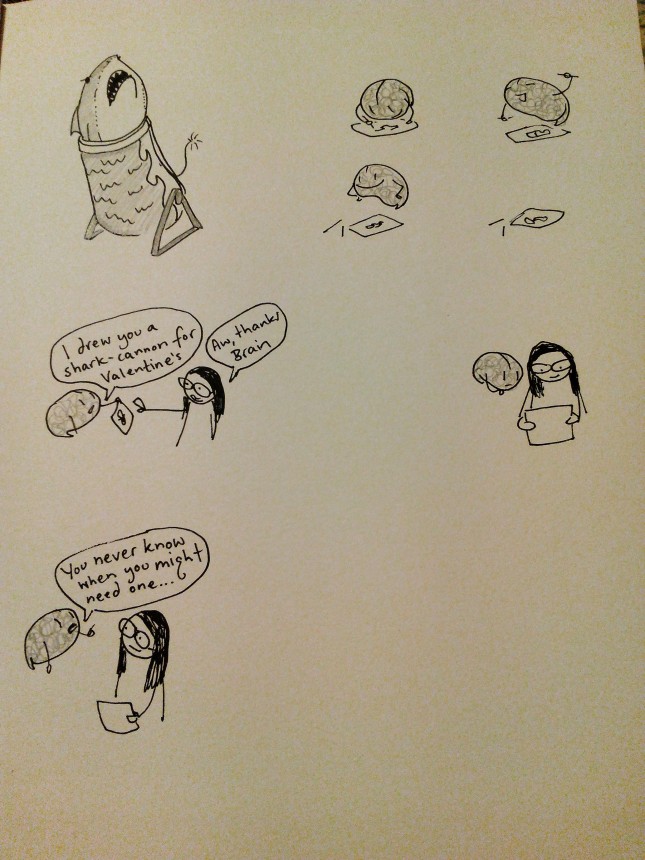 One from Valentine’s Day…

A little late to share this one, but this has been the impetus behind the flurry of Me and Brain comics… 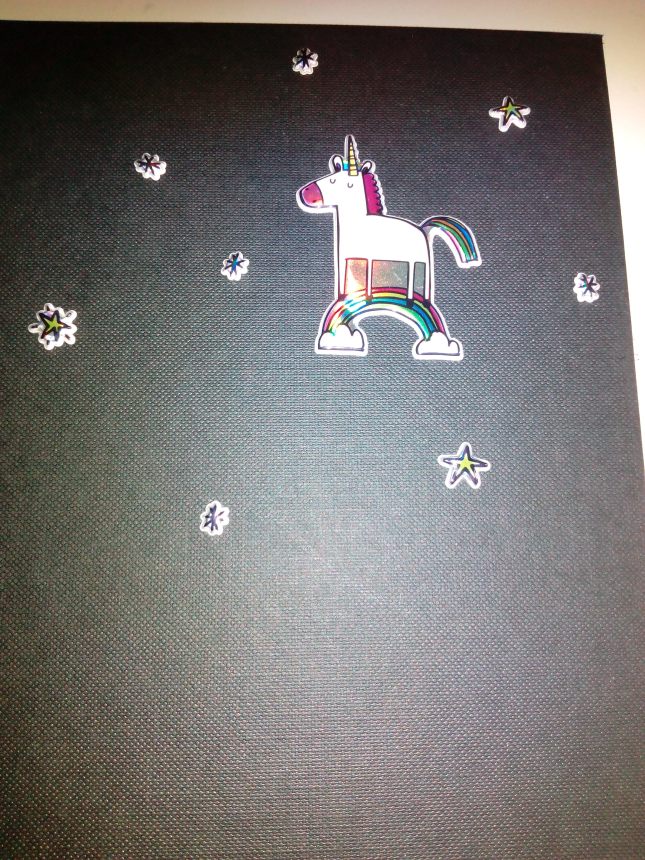 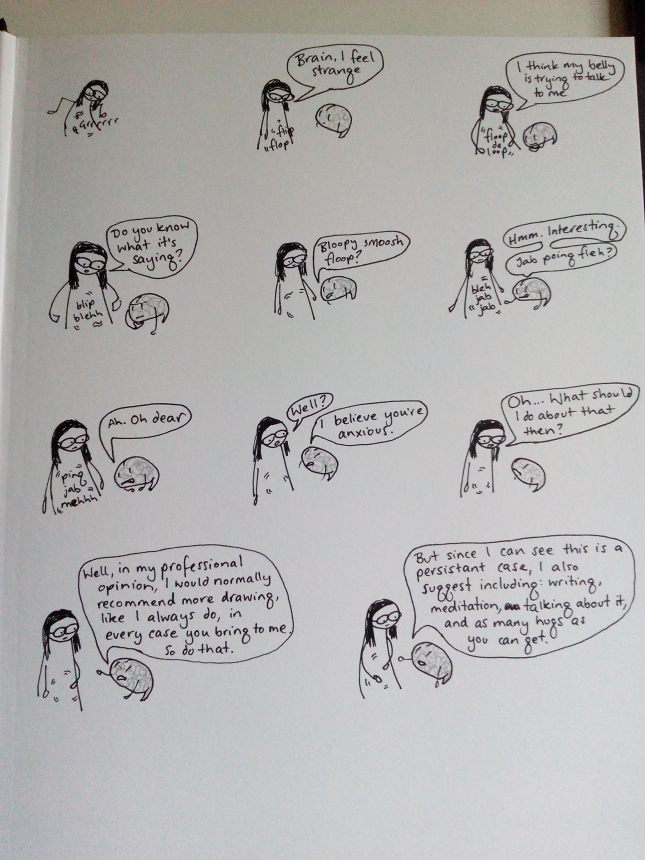